Buying an older home has many advantages. Older homes were often built by craftsmen who took time and care to create custom pieces and features that were completely unique. There's a certain charm to living in a home that was crafted with the kind of care that can't be replicated in today's world of fast construction and cost-efficient building. Additionally, older homes often have more mature trees and outdoor spaces. However, one major disadvantage is that systems in the home, like HVAC or electrical, may be significantly outdated. If you've recently moved into an older home, here are three signs that the electrical system may be outdated, and you need to call an electrician as soon as possible.

GFCI is an acronym for ground fault circuit interrupter. You can recognize GFCI outlets by the little buttons in the middle of the outlet that allow the user to reset the power flow to the outlet. GFCI outlets are designed to prevent electrical shock and death by monitoring the power flow and detecting ground fault. Ground fault happens when an energized conductor accidentally comes into contact with a grounding system. For example, this could happen if a person is touching an exposed or frayed power chord that's plugged into an outlet in one hand and then that person touches a piece of grounded metal with the other hand. If this type of ground fault is detected, the GFCI outlet cuts off power. However, GFCI units weren't required in houses until around 1975, so any house built before that period that doesn't include GFCI puts the homeowner at risk. You should call an electrician immediately.

Another sign of an outdated electrical system is an outlet or several outlets that have only two-prong inserts. Why is this a problem? Two-prong outlets aren't grounded. They have a hot wire that sends electricity to the outlet and a neutral wire that routes electricity back to the panel. Grounding is a third wire that channels any excess power sent to the outlet into a system that is typically buried in the earth outside your home so that any excess power can be safely channeled there rather than into a potential conductor like the person using the outlet.

In the early days of installing electrical systems in North American homes, there was a system called knob and tube wiring, or K&T for short. This system was updated after the 1930s. If your home was built between 1880 and 1930 and hasn't been updated, there's a chance your home has this system. There are a couple of big problems with K&T wiring: the insulation used to cover the wiring is a major fire hazard and there's no grounding system. If you find this system, you need to call an electrician to update your wiring. 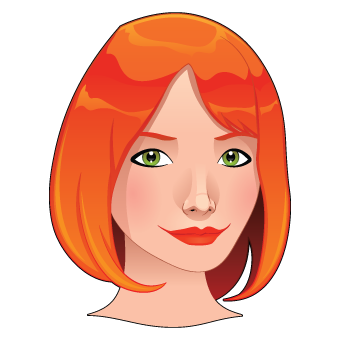 Hello, I am Ginger Plonts. I live in an area that is unbearable in the summer without air conditioning. When I first moved here, I was shocked that all of the houses, big and small, featured air conditioning units. Since I never needed an air conditioner before, I had a lot to learn about their regular maintenance and repair needs. Air conditioners use a compressor, evaporator and blower motor to turn room temperature air into a cool breeze. I learned how to clean out the filter, drain the lower tray and clear the vents from time to time. I also learned about all of the sensors and switches that require replacement by a professional. I would like to explore air conditioner maintenance and repair tasks in more detail on this site. Please visit often.